In an article in Newsweek magazine titled "Stronger than Steel" , Lily Hunag writes about how "bamboo may be the most useful raw material ever to be overlooked.The talks about the bicycle built by Nick Frey a junior at Princeton out of Bamboo.

"...Although a common building material in many tropical countries, it's considered "the poor man's timber," and in the West it's mainly decorative. As the world goes green, however, bamboo's essential qualities are beginning to win converts. Environmental organizations are promoting its use as a building material, architects are putting it into green homes, and makers of flooring, furniture and now bikes are quietly setting up their industries for a bamboo revolution. 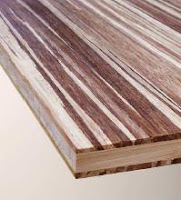 Despite its lowly reputation, bamboo may be the strongest stuff on the planet. It has greater tensile strength (or resistance to being pulled apart) than steel, and it withstands compression better than concrete. Both qualities are essential to keeping the plant, which grows to nearly 60 meters but is only as wide at the base as the very top, from falling over. It needs the compression strength to hold up its own weight and tensile strength to bend in the wind without breaking..."

Other interesting attributes associated to bamboo include:

1.It has the ability to be formed be formed into Plywood."..."Our concept of strength is, it doesn't move, it doesn't break," says Dan Smith, who owns Smith & Fong, the largest manufacturer of bamboo plywood in the United States. "The Chinese concept is, you've got to bend with things. If you don't bend, you break. Bamboo's strength is in its ability to bend, and that's the miracle."

2. Some species grow very fast which makes it a very sustainable material."...The Western mind is also opening to bamboo's environmental qualities. In both temperate and tropical climates, it grows as quickly and abundantly as a weed. Though most often used as an alternative to timber, bamboo, with its underground rhizome root system that continually regenerates the plant when the stalks are cut, is technically a type of grass. In fact, it grows faster than any other grass—in some conditions well over a meter a day..."

3. Its structural strength,affordability,versatility has made it attractive to Eco-Architects and builders."...Designers are getting more creative as they embrace bamboo as an alternative to lumber. Environmentalist architect Michael McDonough has incorporated bamboo in his two working prototypes for sustainable housing, e-House and ArcHouse. E-House has all-bamboo floors and cabinetry. A stalk of bamboo becomes a finer version of plywood once it's split from the top and milled into smooth strips. ArcHouse, a modular home, has an exterior made from double panels of bamboo oriented strandboard—bamboo strips compressed and cross-positioned for strength— and insulated with foam made from the oil of orange peels. The panels seal tighter than conventional insulation, and McDonough is the first to replace wood strandboard with bamboo. "It's dinosaur grass," he says, yet it's pushing the engineering curve..."

Bamboo is still a niche material in the United States, but it's catching on. Smith & Fong first cracked the markets in 1989 with flooring and, later, a laminated bamboo sheet called "plyboo." Sales grew at an average of 26 percent a year until 2003, then accelerated to nearly 40 percent three years ago. The company now has 30 types of flooring and 60 options in plyboo, and has begun engineering gymnasium floors and bamboo structural beams. Bambu, a U.S. maker of housewares that are distributed by Whole Foods, has begun to draw attention at its plant and showroom in Shanghai.

Some excerpts and photo's in this article are taken form Newsweek and the Smith & Fong website.
Posted by Ugo Okafor at 9:56 AM