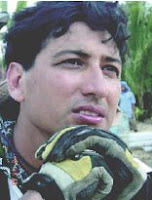 The Green Home Building writes about an "... Earthbag Construction System is proving to be fast, inexpensive, sturdy and environmentally friendly. It also does not require an army of professionals to build – just eager, willing and able people of both sexes and all ages.

A building technology originating from the Middle East, developed by an Iranian-American, is generating a buzz in the Philippines as an environmentally benign solution to a pressing shortage of shelter and school buildings. Nader Khalili, the awarded California-based architect/author and teacher of Iranian-American earth architecture, says his ceramic house and earth architecture techniques are also a quick, inexpensive way to build mass shelters for calamity victims.

But it was a young Filipino entrepreneur, Illac Diaz, who found Khalili’s architectural innovations suitable for the Philippines, where, even without natural and man-made disasters, housing and classroom shortages are acute.Mentored by Khalili himself, Diaz is showing that the Earthbag Construction System is proving to be fast, inexpensive, sturdy and environmentally friendly. It also does not require an army of professionals to build – just eager, willing and able people of both sexes and all ages.

Diaz is the Executive Director of My Shelter Foundation, which looks for ‘uncommon solutions for common problems’. He pointed out that the old Filipino construction technologies, using wood, cane, stones and other forest products, are no longer suitable and practical given the country’s severe deforestation. Concrete has also been an unrealistic alternative for people without adequate means to have their homes – or any other building – air-conditioned, due to its heat retaining properties. Even electric fans use considerable energy, generated through imported, costly and irreplaceable fossil fuel. 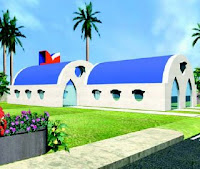 Diaz’s technology, however, which is an adaptation of Khalili’s Earthbag ceramic house method, uses material found right under people’s feet – soil. Other materials used are straw sacks and barbed wire for structural support, water pipes, oil drums for windows, and a little cement.Diaz first put the construction innovation on display by building a model house made of ‘mud’ in Escalante, Negros Occidental, in the central Philippines in honour of a recently deceased aunt who had lived there. Then, realising many public school children in the Philippines, particularly those farthest from the capital city of Manila, barely had roofs over their heads as they attended classes, Diaz decided to launch a school building campaign that he hoped would be adopted elsewhere.

Siargao Island of Surigao del Norte, in eastern Mindanao province, sits on the edge of the Pacific Ocean. Though it has become a favourite destination for dedicated surfers from around the world, Siargao, like many other places in the Philippines, badly needed buildings that would at least provide adequate protection from the elements. In many areas of Mindanao, with its serious environmental, peace and order problems, thousands of Filipino students receive lessons in makeshift classrooms. Often they are in an open field with only a tree’s sprawling branches to offer some kind of cover.

Diaz noted that the current design for Philippine school buildings was both uncomfortable for students and energy inefficient. Classrooms were hot and dimly lit so electric light bulbs were needed. The discomfort of the classroom may have been contributing to the high student dropout rates, he thought.

With domed or arched roofs, whose weights are supported by the walls, Diaz’s school buildings – and houses – have no pillars. They also do not use hollow blocks. Steel drums are employed to shape and provide the opening for rounded windows and pipes are strategically placed to let air in and out to cool the structures. A little cement is used in some places just to ‘glue’ things together.

The first three-room school that My Shelter Foundation built in Siargao, in collaboration with the Abakada Foundation (a Filipino non-government organisation focusing on the provision of educational facilities in rural areas) has cost about 150 000 Pesos, but Diaz expects the price to fall even further as he and his partners become more experienced in the use of the technology. The project took less than a month to complete.

Diaz, who has patented the construction technology, said conventional building techniques ‘did not take into account nature’. He said they destroyed the environment, polluted the water, and required a lot of energy for cooling because ‘metal sheet roofing generates a lot of heat’, requiring air-conditioners or electric fans. As the main component of Diaz’s construction – soil – is free and readily available, there is also less need for imported materials.


‘Maybe the Western building techniques are not (appropriate) for developing countries,’ Diaz said. ‘Earthbag’ structures are also fireproof. Diaz said fire,
in fact, ‘cooked the soil and turned it into brick’, strengthening the material in much the same way heat makes pottery stronger. Hence, Khalili calls his handiwork ‘ceramic housing’.

Supposedly better able to withstand typhoons and earthquakes too, Diaz said the structures could last 50 years or more, and are then recyclable. They can remain where they are so dust can return to dust, even without help from humans, he said..."

Build a House in the Philippines?


Step 1: Most important is COMMUNICATION. It's YOUR house so please tell us all about your plans/wishes; location to build, when, how many storey, rooms, floor area, budget-range etc. so we can give you the best (FREE-) advice.

Step 2: We let you chose a house-style from example homes (Mediterranean, beach, country, farm, vacation, luxury etc.) which will be the basis of the ultimate design.

Step 3: We inspect your lot (and take pictures) and evaluate the exact location, the logistics/accessibility, regulations/restrictions of the local government or subdivision, soil-type, neighbor-buildings, availability of local skilled labor, source of electricity/water etc. because they effect the design/price.

Step 5: With your help and directions we make a rough sketch of the house (colored schematic design) and floor plans to fit your LOT, WISHES and BUDGET.
This is subject to relevant revisions; you change it until perfect.
Then we give a cost-estimate with material specifications and timeline.

Step 6: If approved by you; we make the final blue prints, apply for a building-permit and start building.

I think the earthbag was a great help in philippine architecture. I salute Mr. Diaz for introducing it. Keep it up!

This type of building construction is much needed in places where the materials are either expensive or non-existent, like in the developing countries. Hope it will be introduced to more countries and considered as a viable option in building houses.