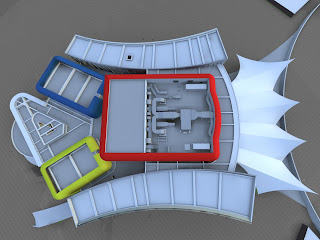 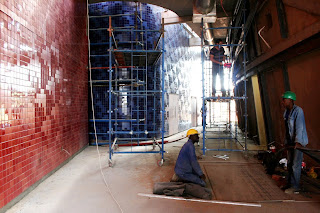 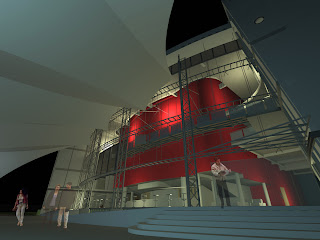 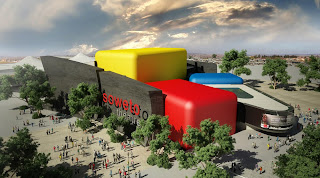 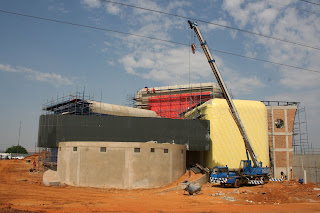 According to Afritects Architects "....The Soweto Theatre is to provide equitable access to arts & culture facilities for the residents of Soweto, the largest satellite district of the city of Johannesburg. The aspirational characteristic of the first public building in Soweto was highlighted as necessitating a unique response calling for a building that the community would take ownership of and feel invited to use and enjoy.
This was answered through an assembly of forms that directly responded to their function whilst exposing their interior connective tissue of ambulatory lobbies to the curious eyes of a passerby. This legibility is contradictory to the standard theatre prototype.The architectural concept arises from solidifying the existing pathways of people through the site when travelling between home and work.
The form has two fortress walls that contain ancillary spaces and hold the three different core theatre venues: a 90-seater, a 180-seater and an auditorium of 430 seats. Unlike others of its type, this is not a solid secret box but exposes all its contents: from everywhere you can identify each of the theatre boxes and also relate to the exterior through the light fissures between the forms.
Each theatre box is clearly identifiable through its primary colours of yellow, blue and red, rendered through ceramic tiles.
The quasi-moiré pattern effect is achieved through using two different tones in both matt and gloss; the resulting basket weave pattern glistens with the sun rays and glimmers at night as car lights reflect off it. This beguiling effect is intended to parallel an African dancer with its glimmering torso and flashes of body adornments.
Sustainability is addressed through the determined use of local labour; the patterned application of the tiles both stretches and develops local skills; finally, the ceramic tiles through their colour fastness will withstand the African sun for 100 years. The main foyer is an outside tent-covered area signifying ‘event’ and where ‘teaser’ performances can happen to entice people...." 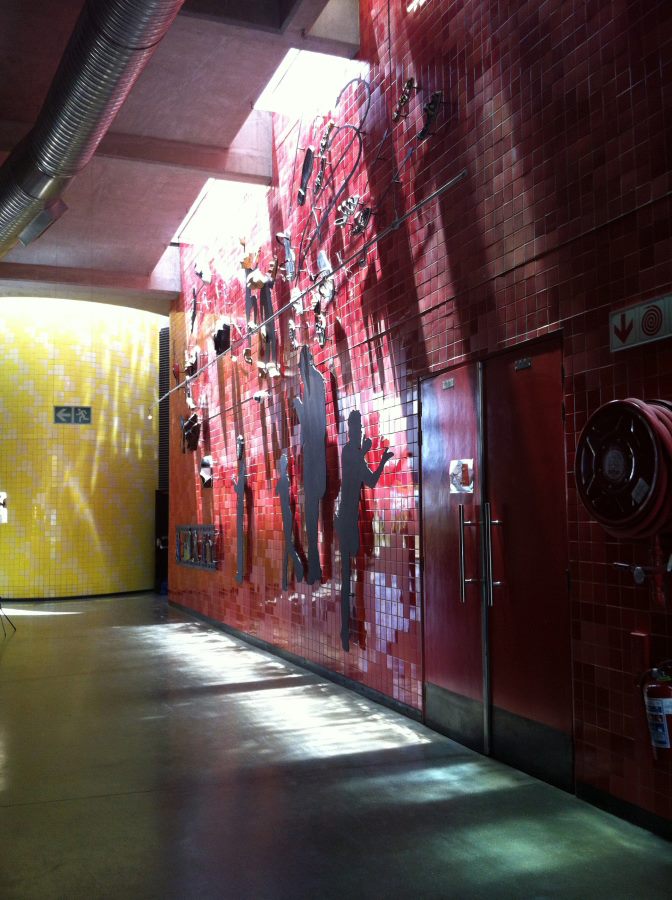 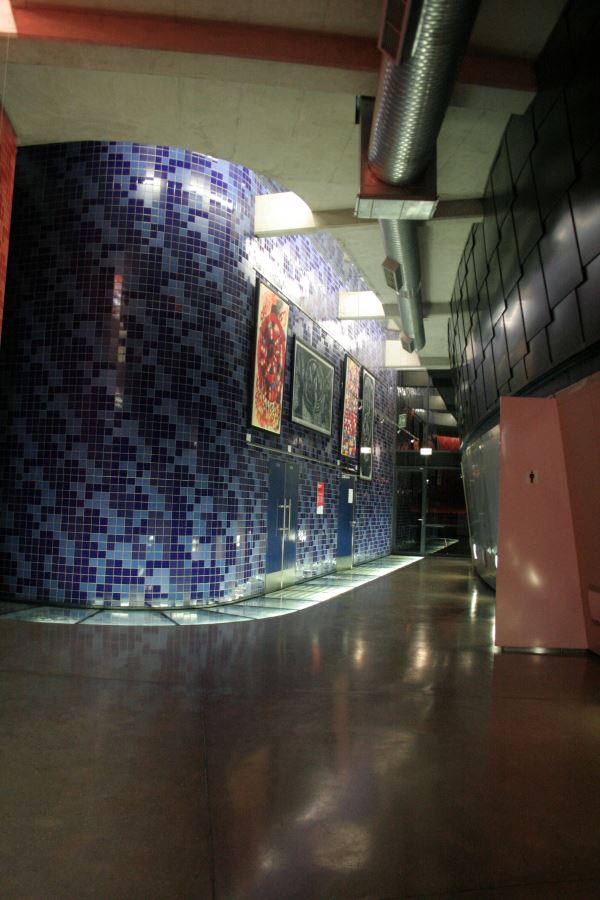 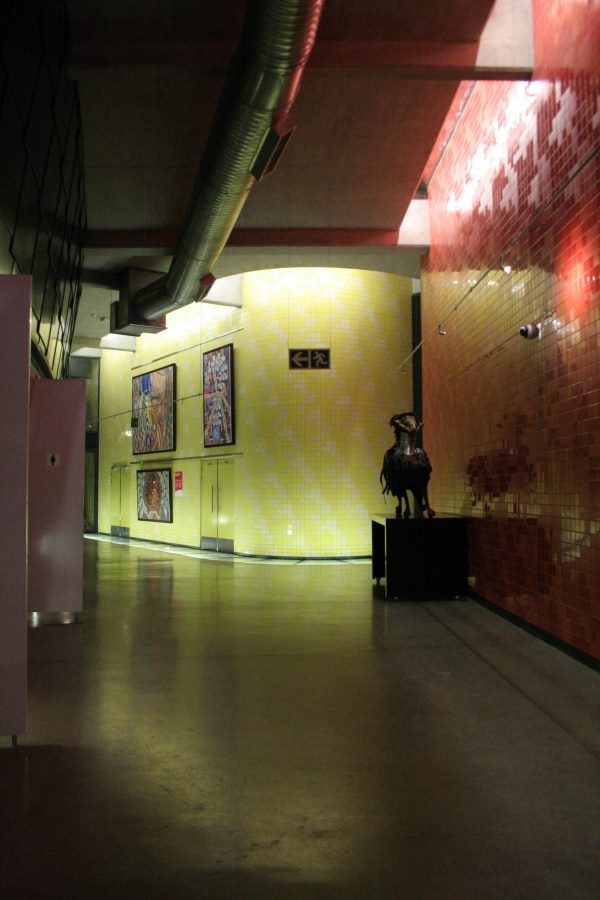 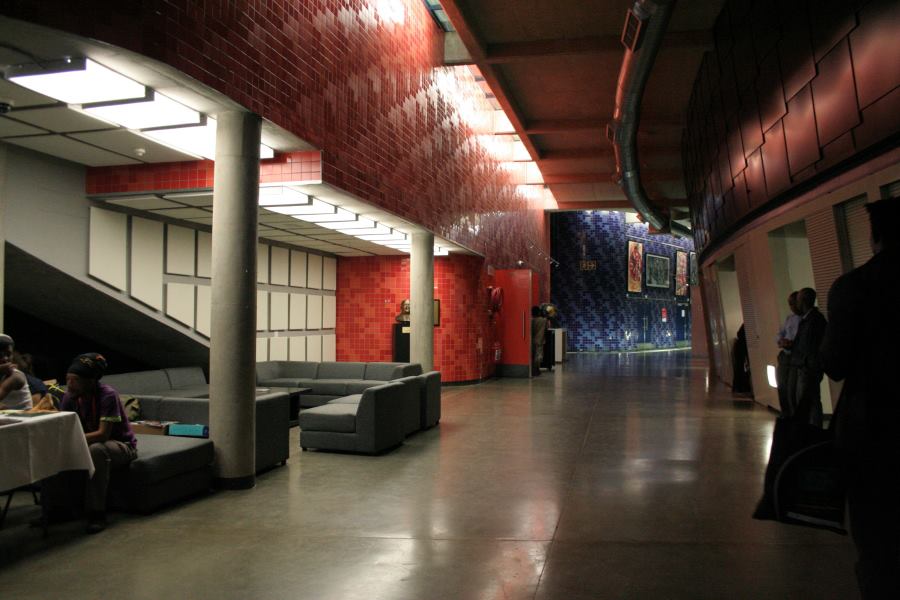 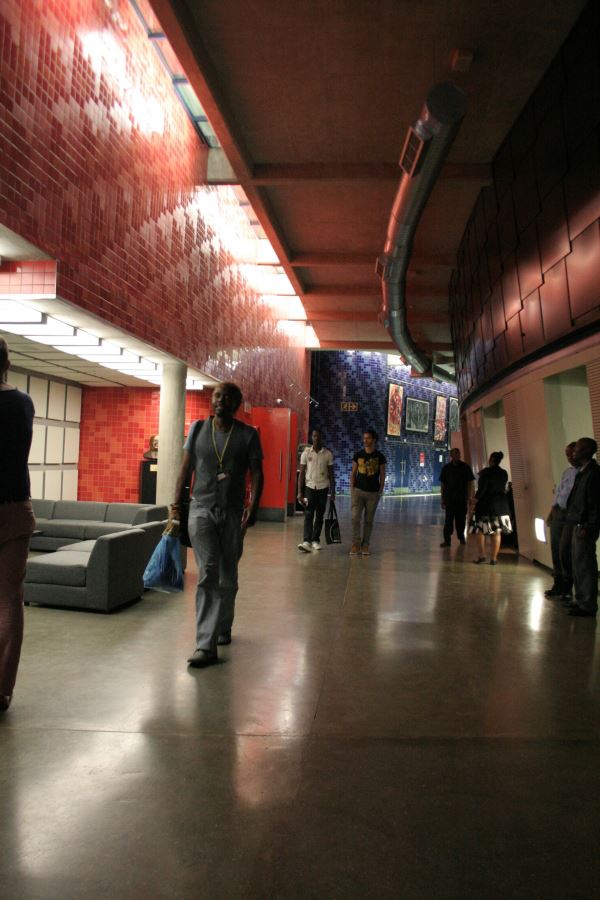 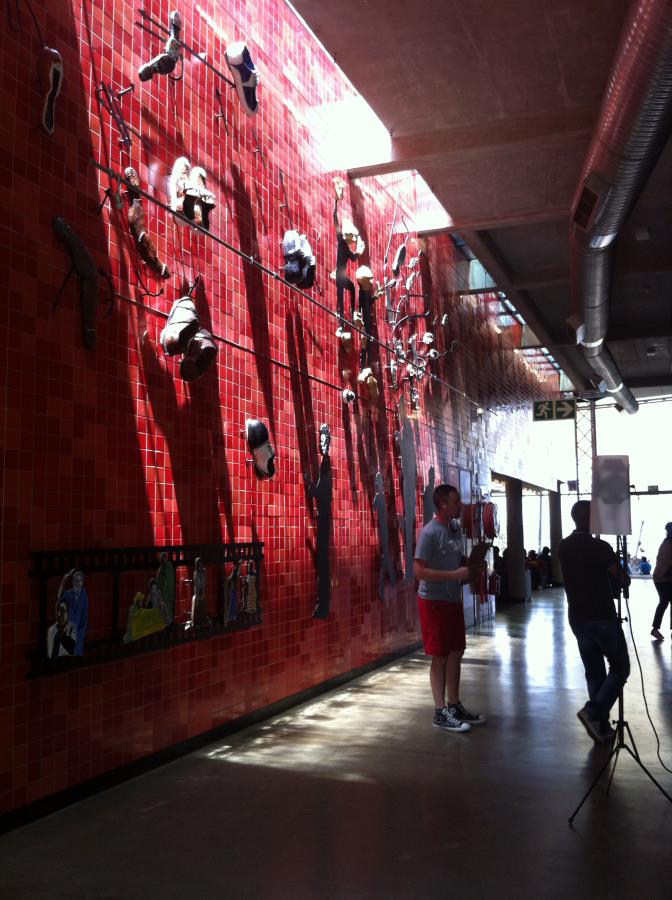 Hello, I am a photo editor for an airport magazine and we would like to publish an article about Soweto Theatre and therefore, also use on of your pictures. Can you send me a contact, to whom I can turn to, regarding the photo rights?
Thank you