According to designboom "....snohetta create a unified vision for gambia’s higher level educational institutions with the new university of gambia. the new university will relocate and unite three of gambia’s existing formal institutions and oneuniversity in a single campus for 15,000 students. in addition to designing with the educational experiencein mind, snohetta also want the project to set new environmental standards. part of this plan involves a solar
park for generating energy, a waste management centre and locally done water harvesting. because themasterplan for the university was previously undeveloped, there was no infrastructure, allowing the architects to re-invent the established western conventions. snohetta worked to develop a campus based on gambian traditions in architecture and culture..." 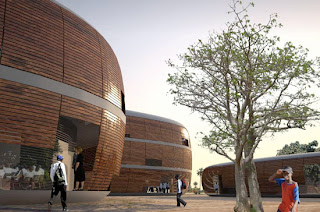 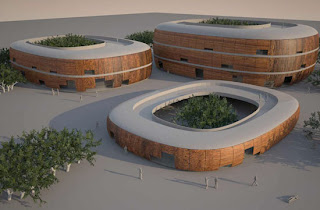 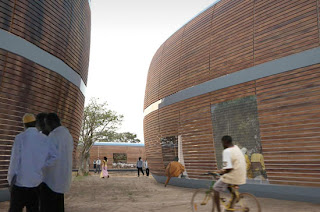 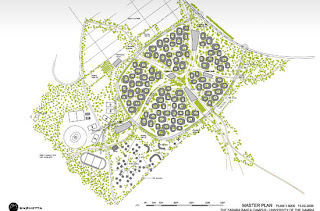 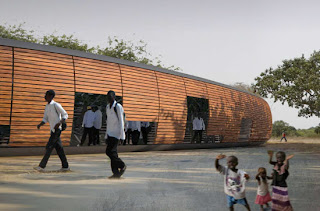